MENUMENU
Home About us History

Alumat Zeeman was founded in 1928 by Hannes Zeeman

Alumat Zeeman is a family business that has been passionate about the innovation, design and production of components for the horticulture industry, ventilation and screening systems for greenhouse horticulturists all over the world ever since 1928. See below for a concise timeline of our company. 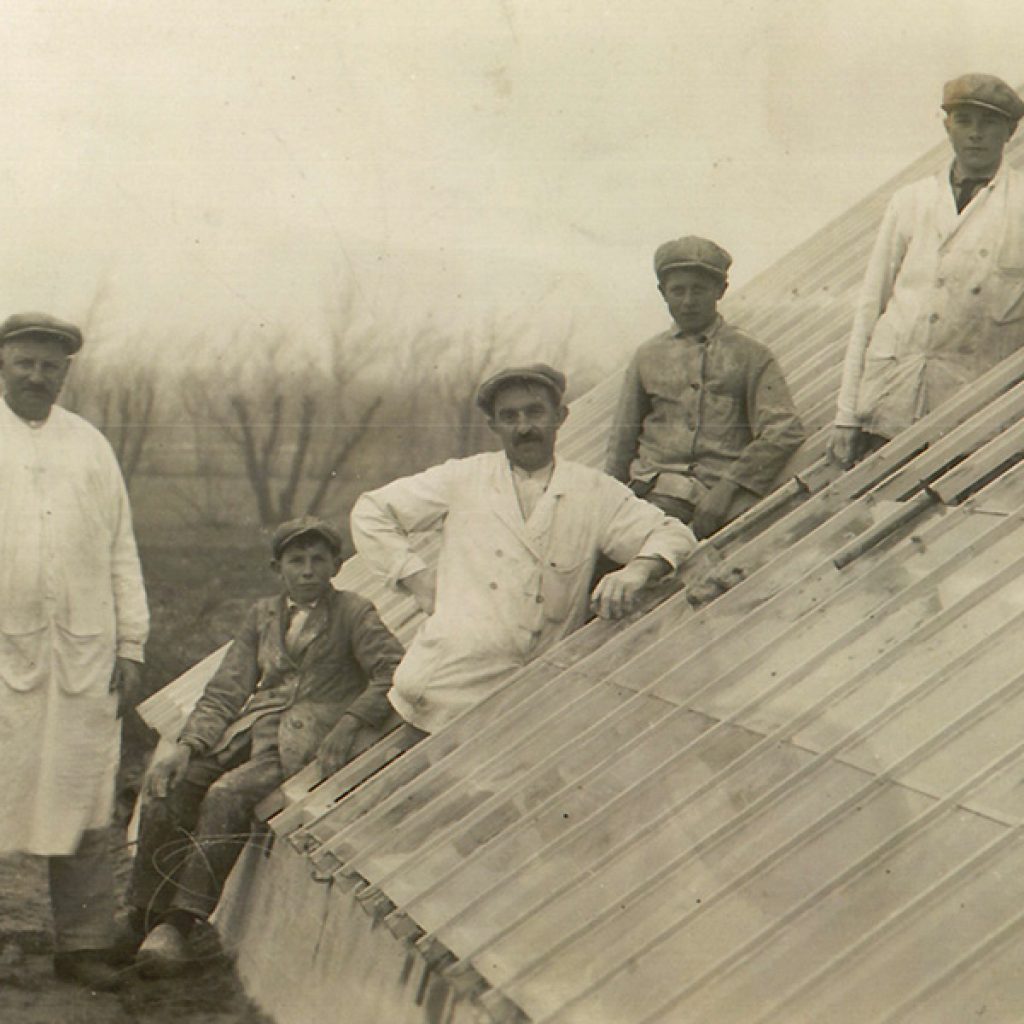 The company is founded by Hannes Zeeman (1887-1977) as a greenhouse painting firm.

Hannes Zeeman (‘zeeman’ is Dutch for sailor) really was a sailor. So that he can spend more evenings at home with his family he takes up a new profession: greenhouse painting. 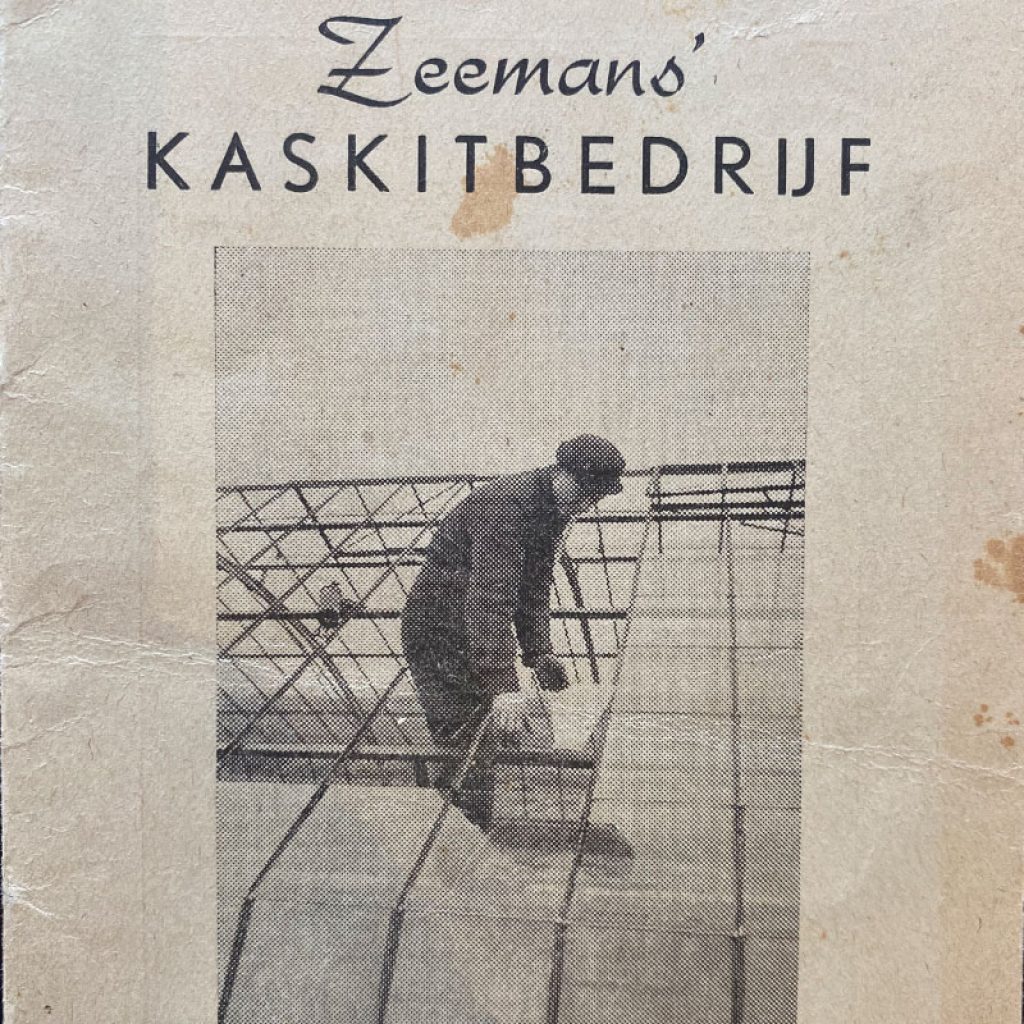 The first two of Hannes Zeeman’s sons, Nico and Jo, join the firm and its name is changed to Joh. Zeeman Kassenschilder en Zn. 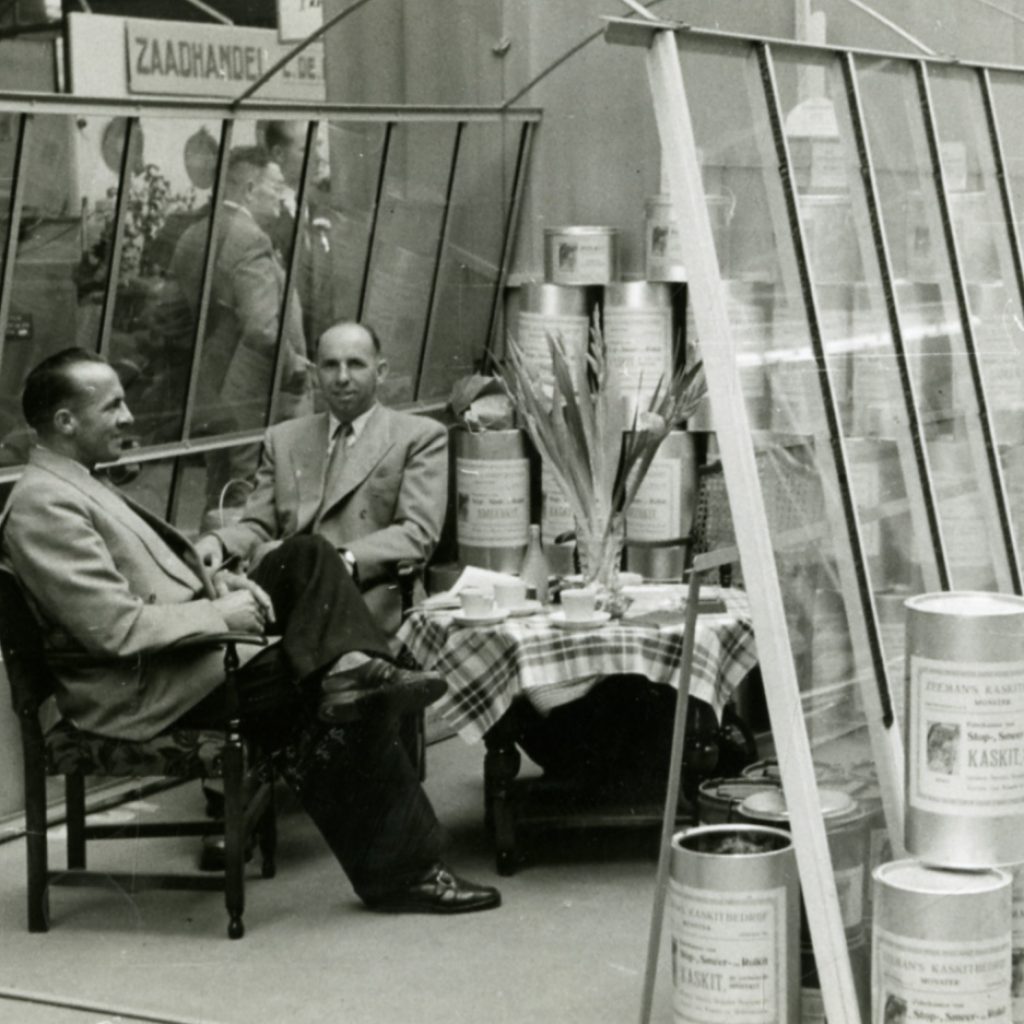 Zeeman switches from painting greenhouses to becoming a supplier of sealants for greenhouses, and the company is continued as Zeeman’s Kaskitbedrijf.

Instead of a service provider, the company has become a supplier under the name Zeeman’s Kaskitbedrijf. The company initially supplies only sealants and coatings produced on its own premises, but this is soon followed by construction parts. 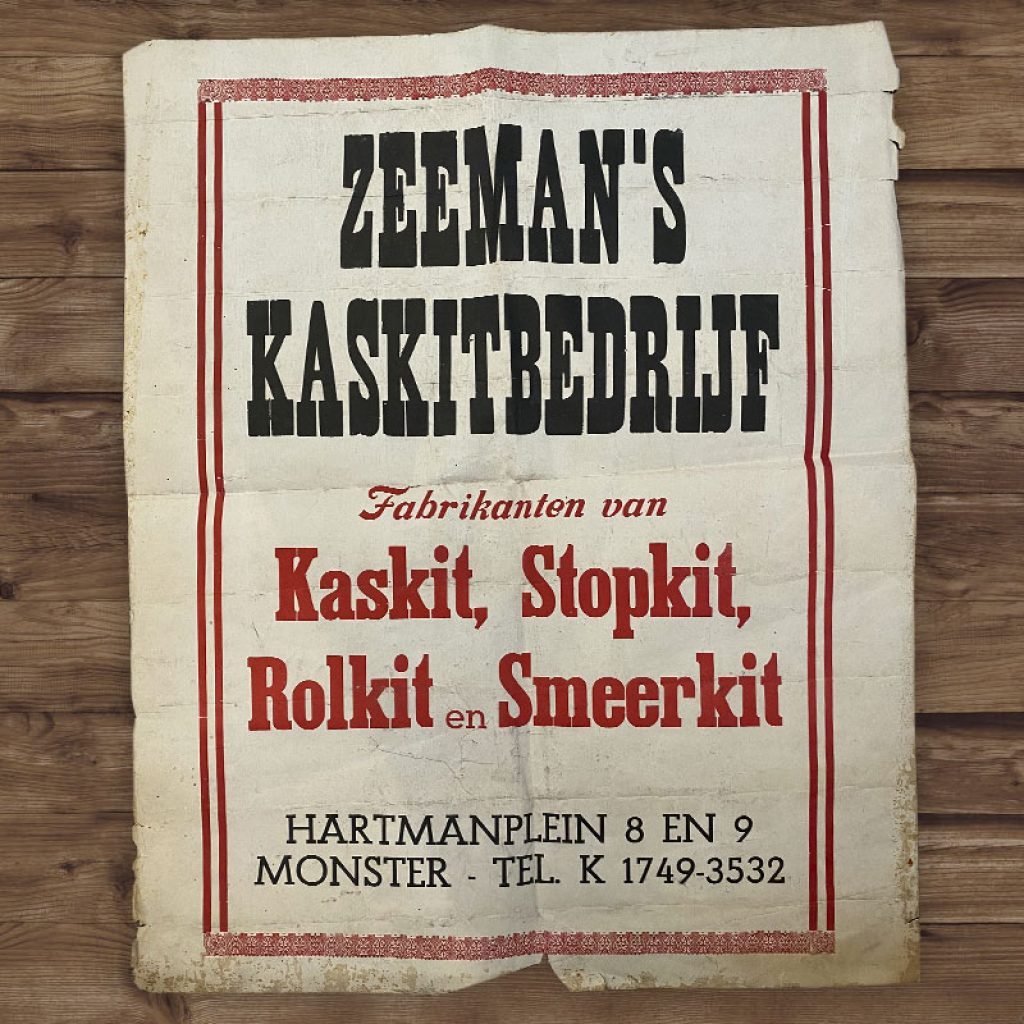 Export has always been an important facet throughout the history of the company.

After the Second World War export started to become increasingly important. Zeeman sealants and coatings were soon finding their way to customers all over the world, from Romania to the USA, with orders being placed by telegram. 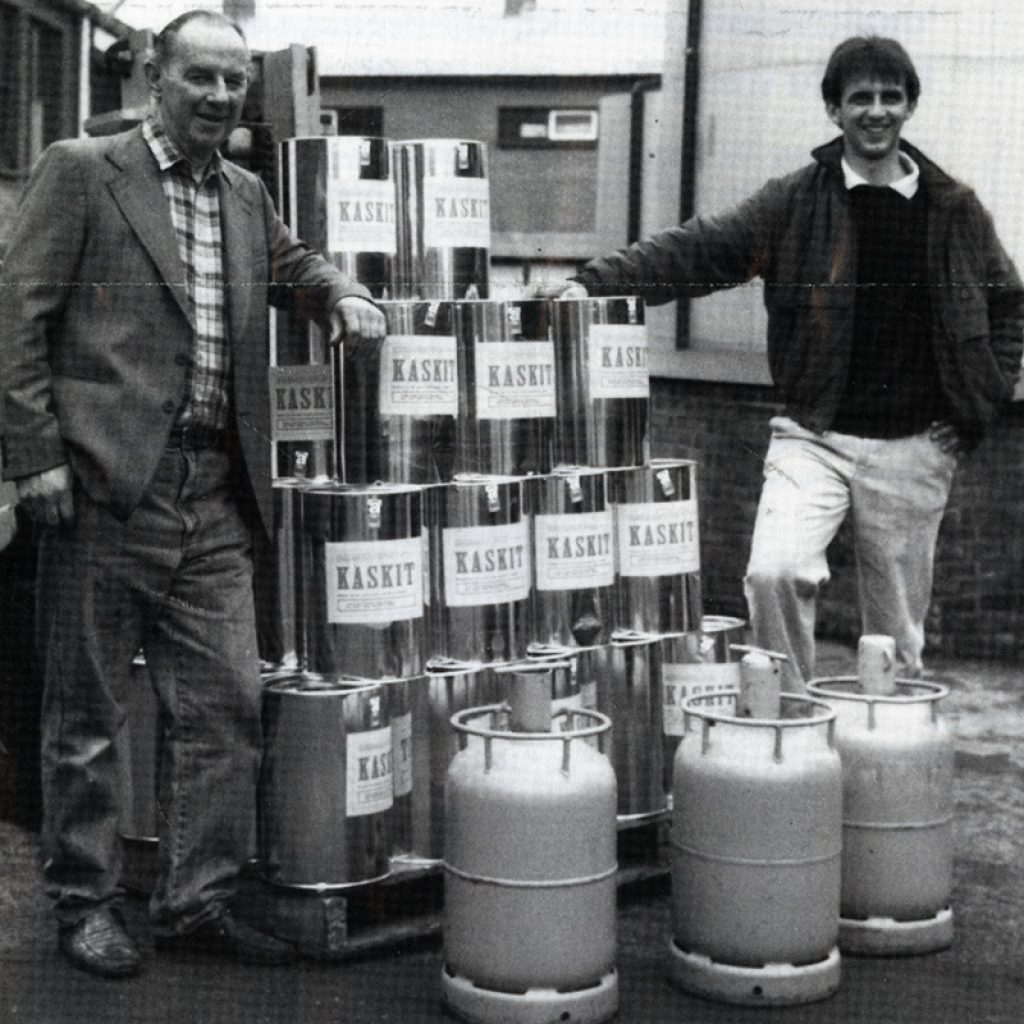 The third generation Zeeman joins the company: Hans, the son of Henk.

Hans (Henk’s son) joins the company, representing the third generation Zeeman. Father and son see a future in greenhouse horticulture. They decide that this will be the company’s core business from now on. 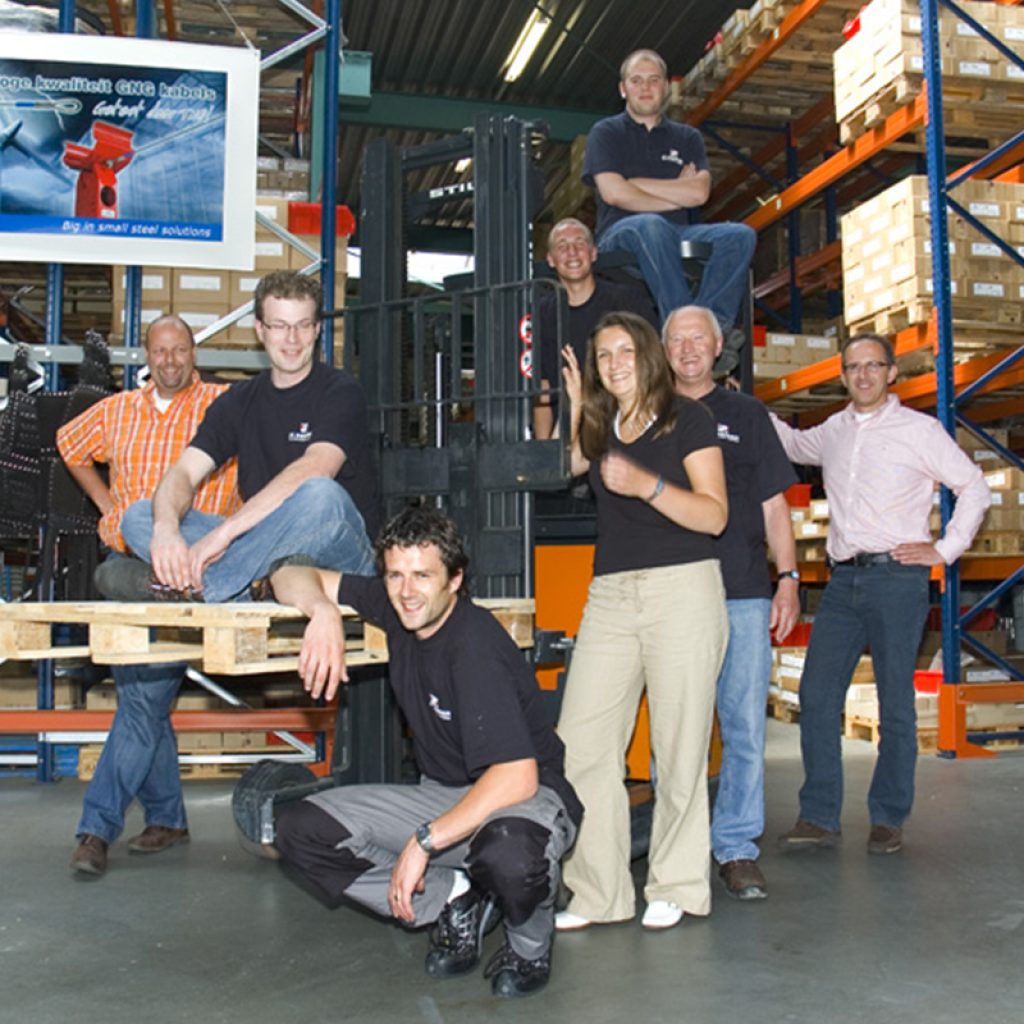 A first step is made towards aligning all the old Zeeman’s Kaskitbedrijf activities to the new customer demand and shift in focus towards international greenhouse horticulture. The name of the company is changed to JG Zeeman Kitten & Glashaken. 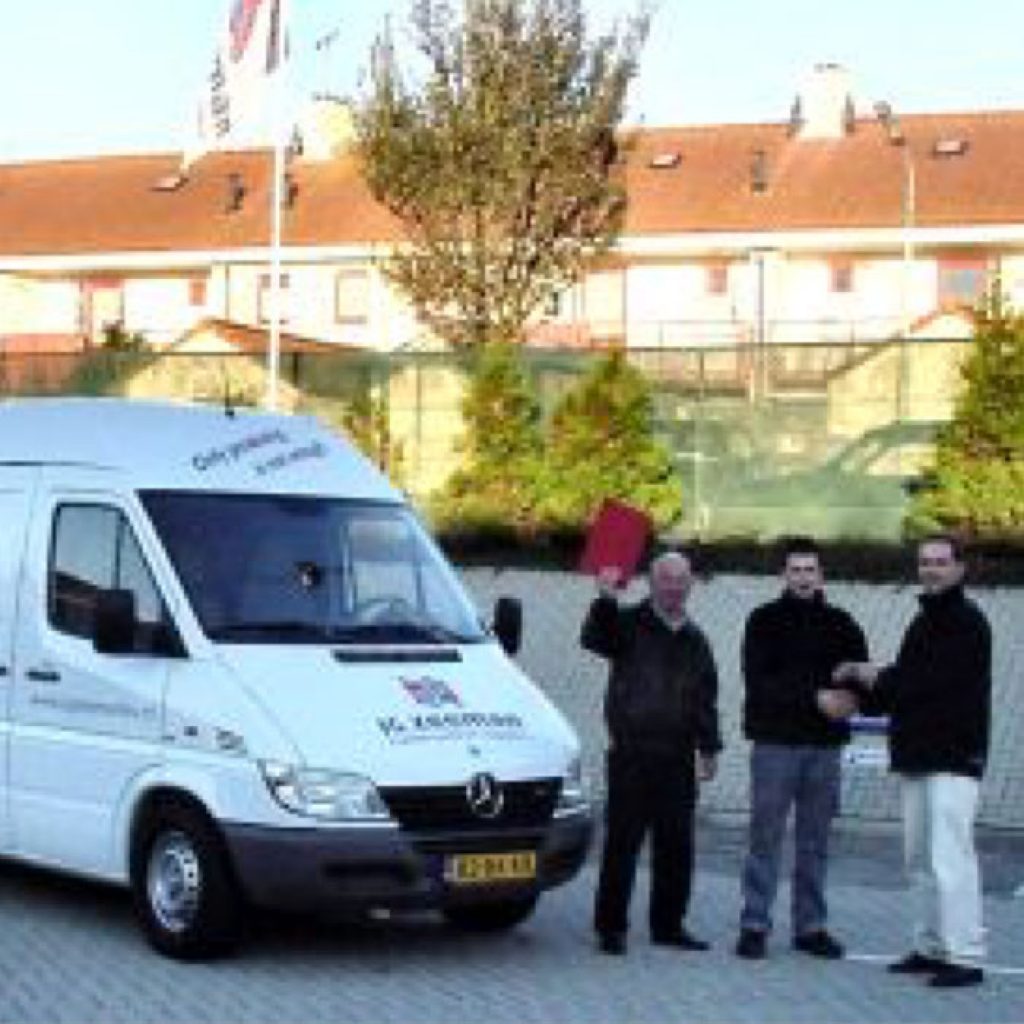 These are years of considerable growth and also mark the founding of JG Zeeman Holding B.V..

The company has been growing rapidly ever since 1993, and its activities have scaled up. The operational management is becoming increasingly professional: with JG Zeeman Holding, a management company has been established which not only serves as a financial holding company but also keeps the other companies in the group on course. The operating company is called JG Zeeman B.V.. 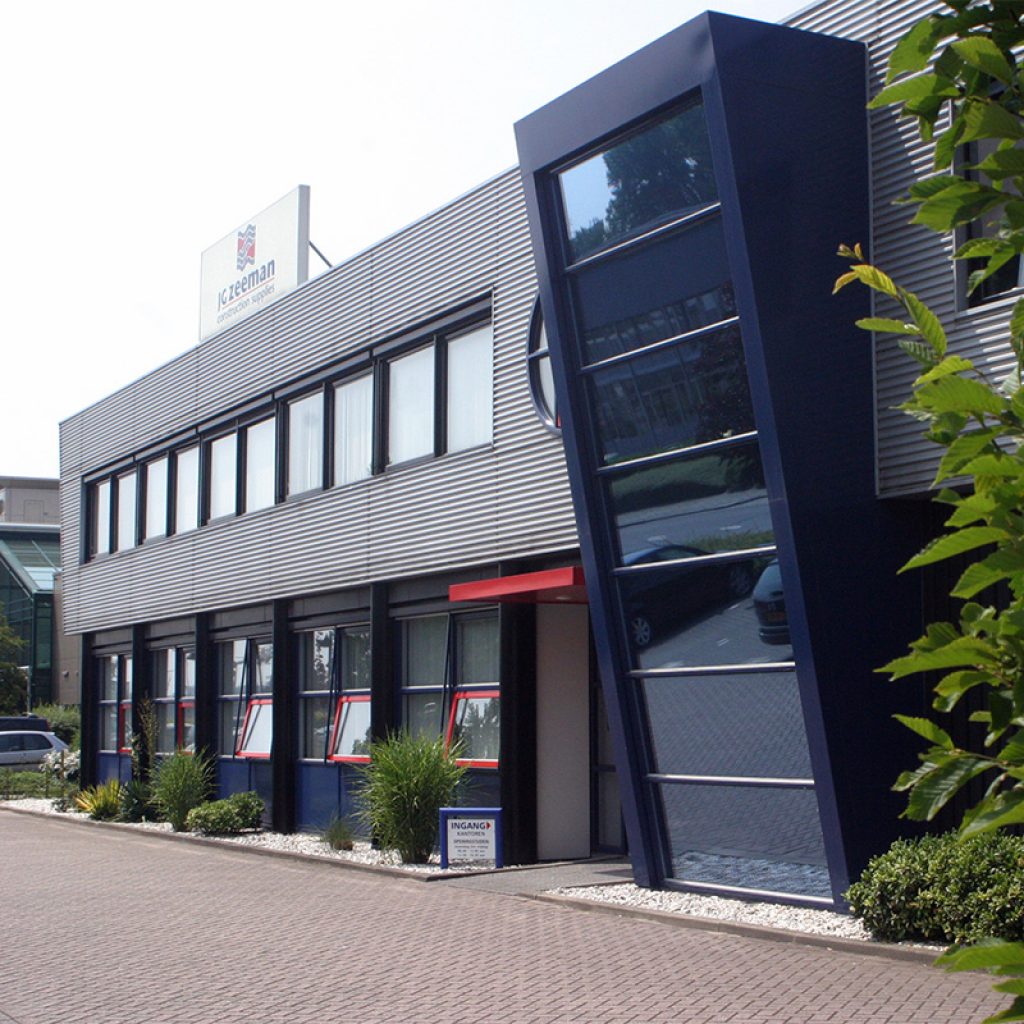 Relocation from Monster/Ter Heijde to Maasdijk, including all of the company’s business activities.

The building in Monster/Ter Heijde is becoming too small. JG Zeeman B.V., including all of the company’s business activities, moves to the Coldenhove business park in Maasdijk. 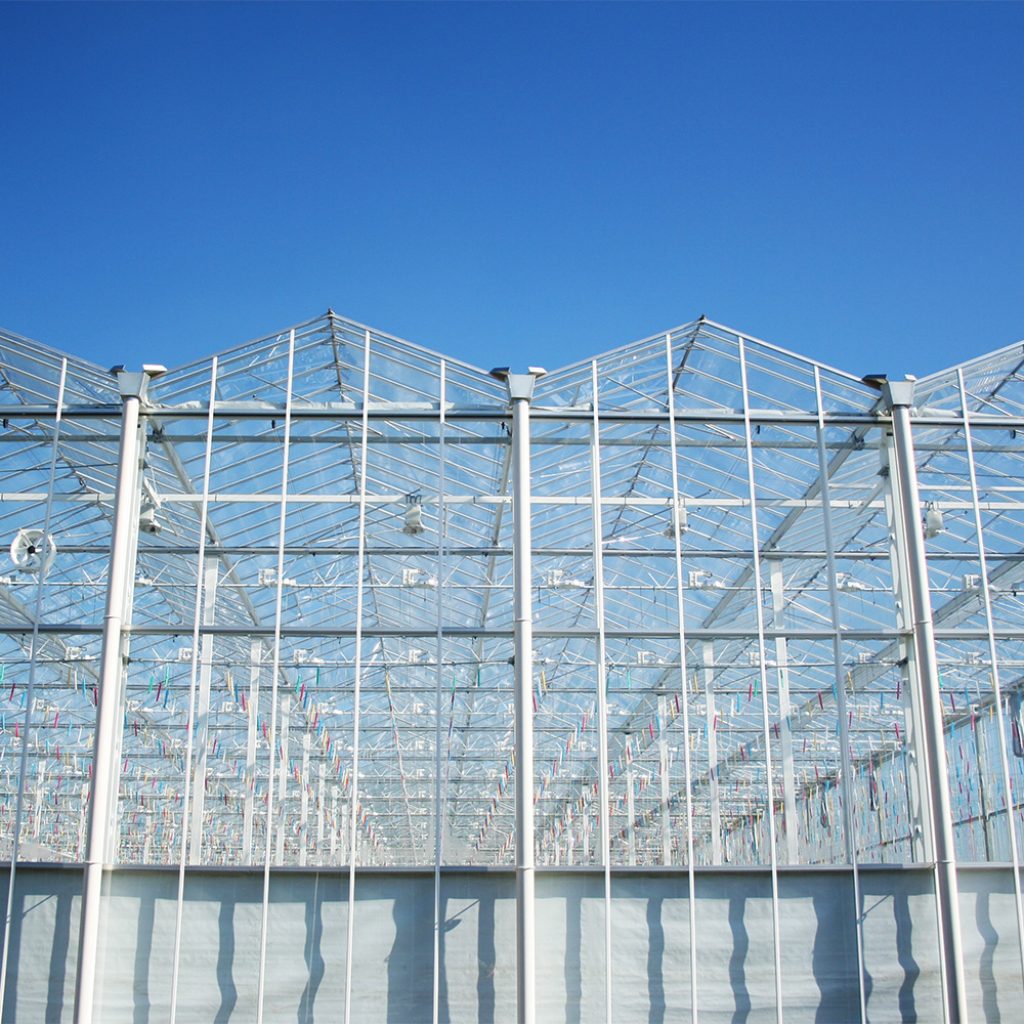 Expansion of the international horticultural activities thanks to many years of knowledge and experience.

The foreign market for horticultural activities is interesting. In response to this, JG Zeeman Systems Int. B.V. is founded as an international branch of the company. Aside from being engaged as a supplier for international projects, the new branch also supervises the on-site assembly of a variety of systems. JG Zeeman Systems Int. B.V. becomes part of Alumat Zeeman B.V. in September 2011. 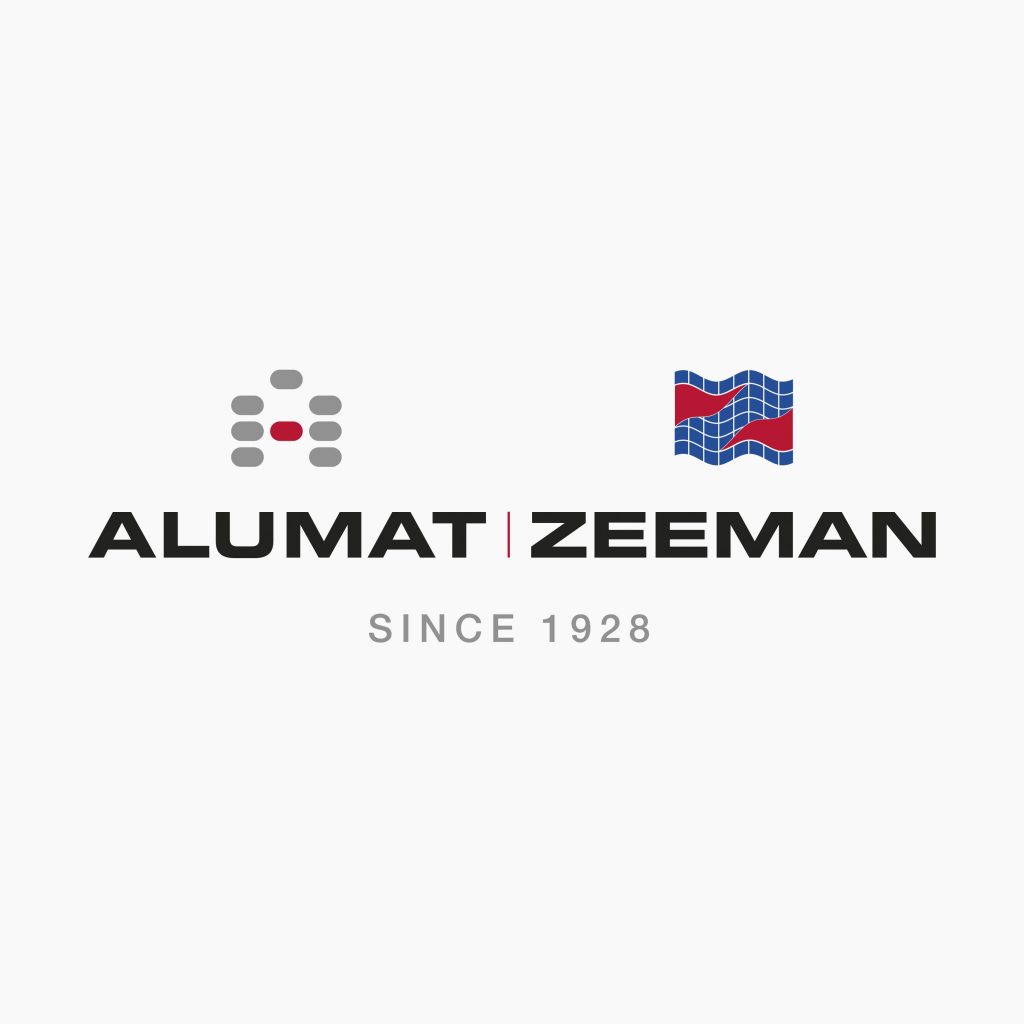 The company Alumat cs from De Lier is acquired and continues under the name Alumat Zeeman B.V..

The acquisition of Alumat cs, a producer and engineer of screening and ventilation systems for the greenhouse sector, is an important strategic step towards anchoring the company in the horticultural sector. Renamed Alumat Zeeman B.V., the company is now a producer and supplier for the greenhouse construction and manufacturing industries. JG Zeeman Holding B.V. and Alumat cs are fully incorporated into this private limited liability company in January 2008. 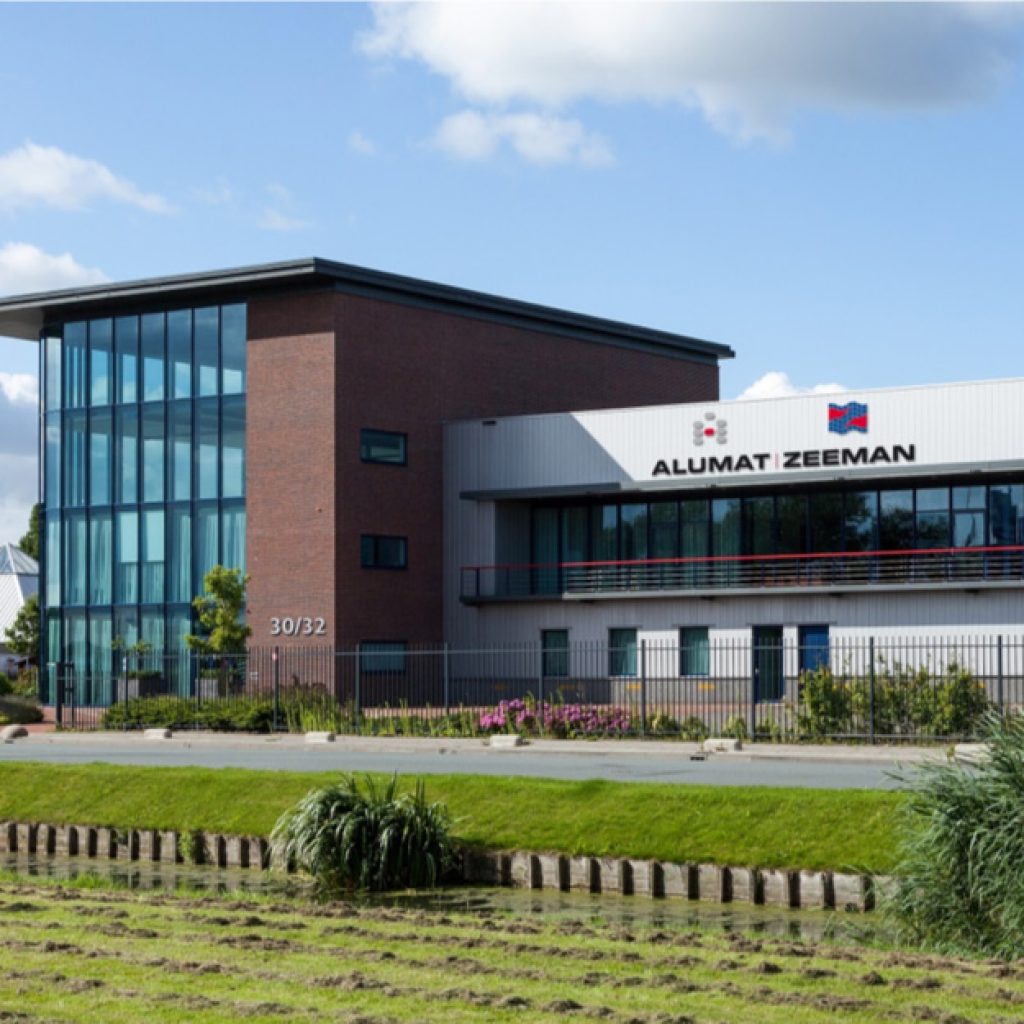 For the sake of efficiency, the various premises of the company relocate to one central location at the Businesspark Honderdland in Maasdijk. Alumat Zeeman B.V. also takes over Holland Stalucon (a producer of sheet metal) and Holland Draadvorm (an industrial processing company). The acquisitions mean a substantial increase in scale for the company’s own sheet metal working activities, and as a result industrial processing is added to its range of services. 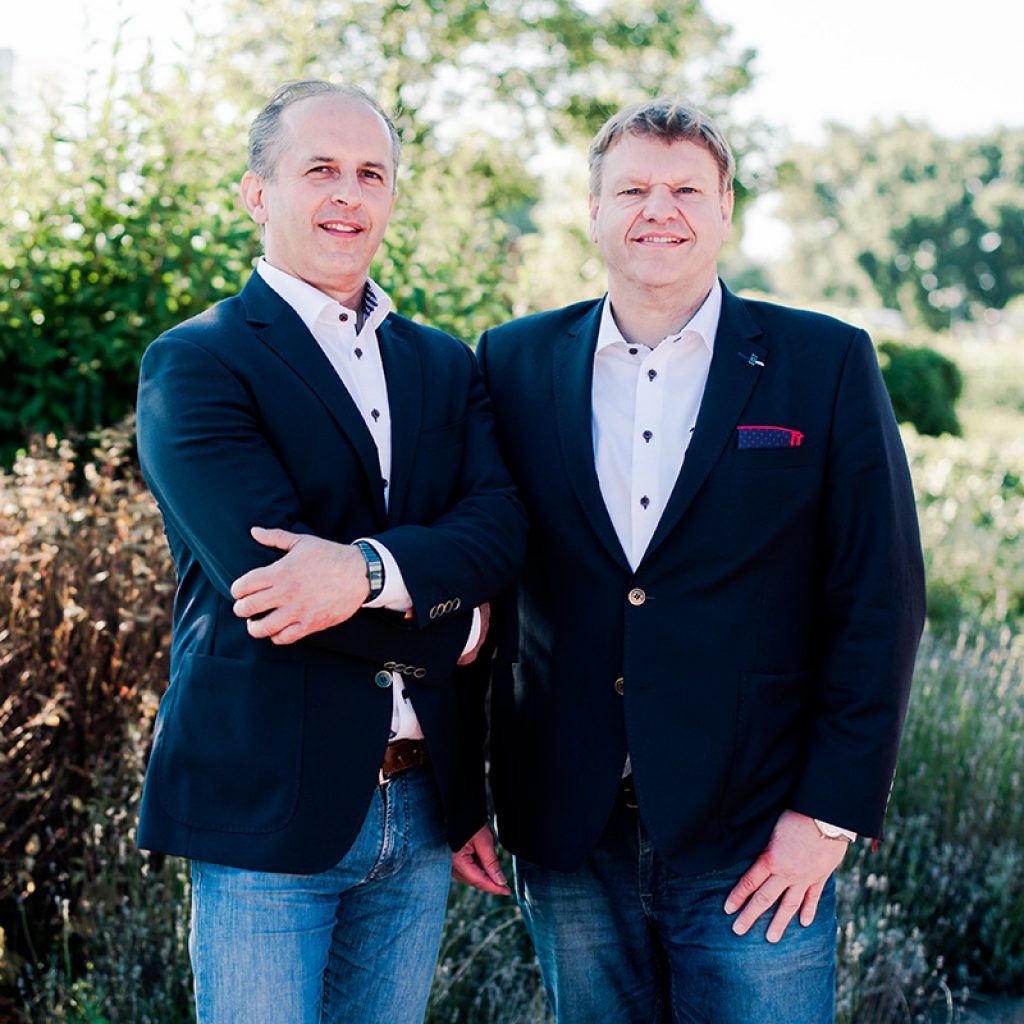 Expansion of the management through the appointment of Bert Strikkers. 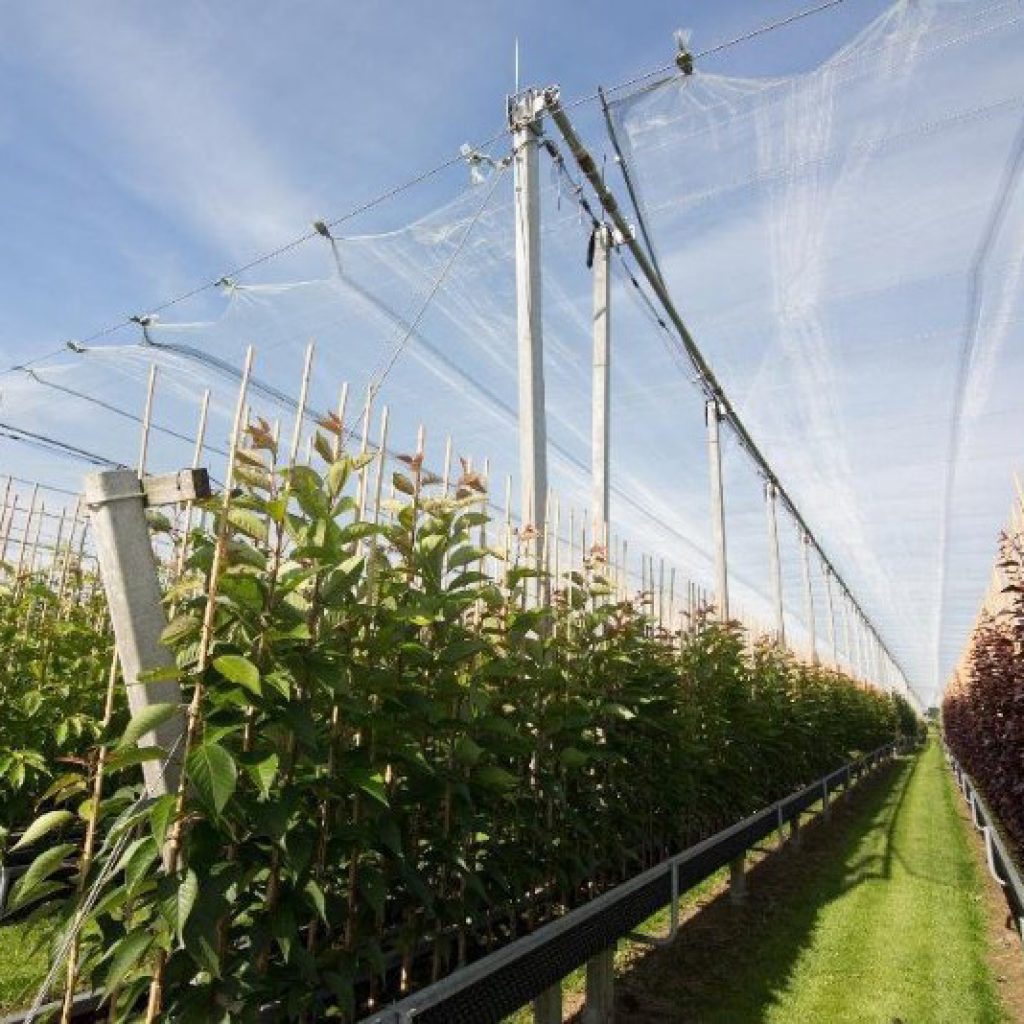 The core business of APS Holland is the development of an automatic hail net system. Weather conditions are becoming more extreme and in order to reduce the risks brought by hail, intensive solar radiation and rain for fruit and tree growers, APS Holland is developing the ‘Hagelnet’ hail net system. It consists of automatic shields that provide protection from the rain and the sun. 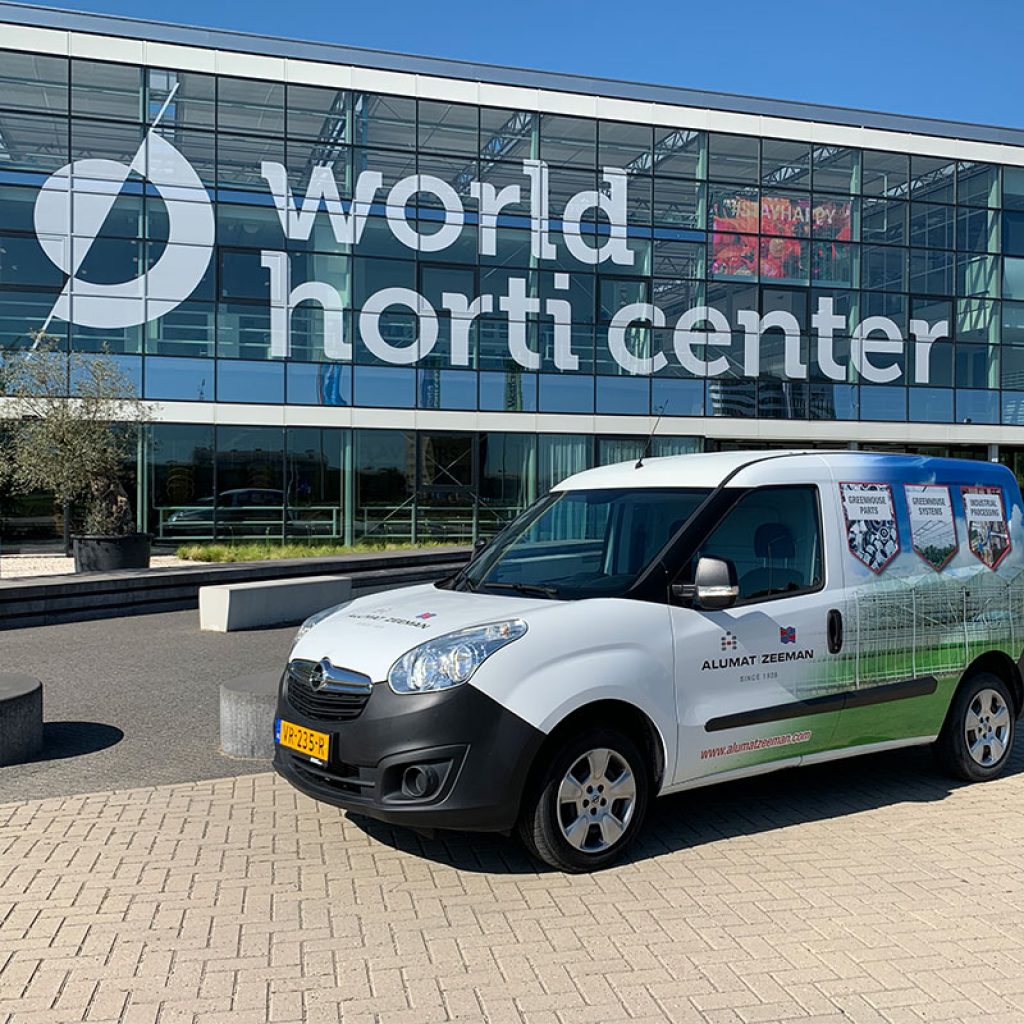 Alumat Zeeman occupies a business space in the World Horti Center as a partner in the global knowledge and innovation centre for greenhouse horticulture.

Alumat Zeeman B.V. is a partner of the World Horti Center in Naaldwijk. Our world is facing major challenges with regard to the availability of sufficient and safe food, water and energy, and additionally in the field of climate change and population growth. Alumat Zeeman B.V. collaborates with specialized companies, the government, and educational and research institutes on tackling challenges like these in the World Horti Center. 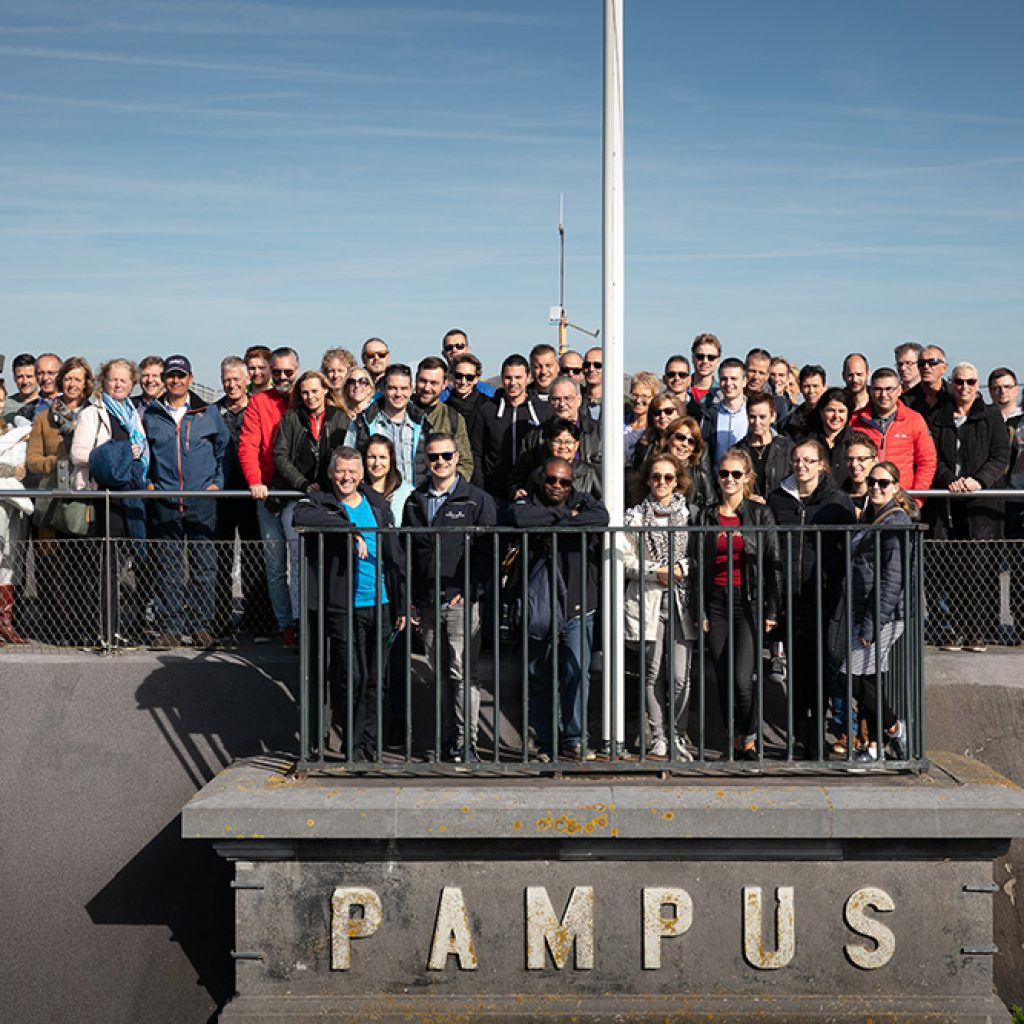 There are exactly 90 years between 1928 and 2018; years in which the company has undergone major changes.

The company’s 90th anniversary is celebrated together with the staff and their partners. The theme of the festivities is ‘Expedition Alumat Zeeman’, in which a course is set for the future – with the company’s centenary anniversary on the horizon. 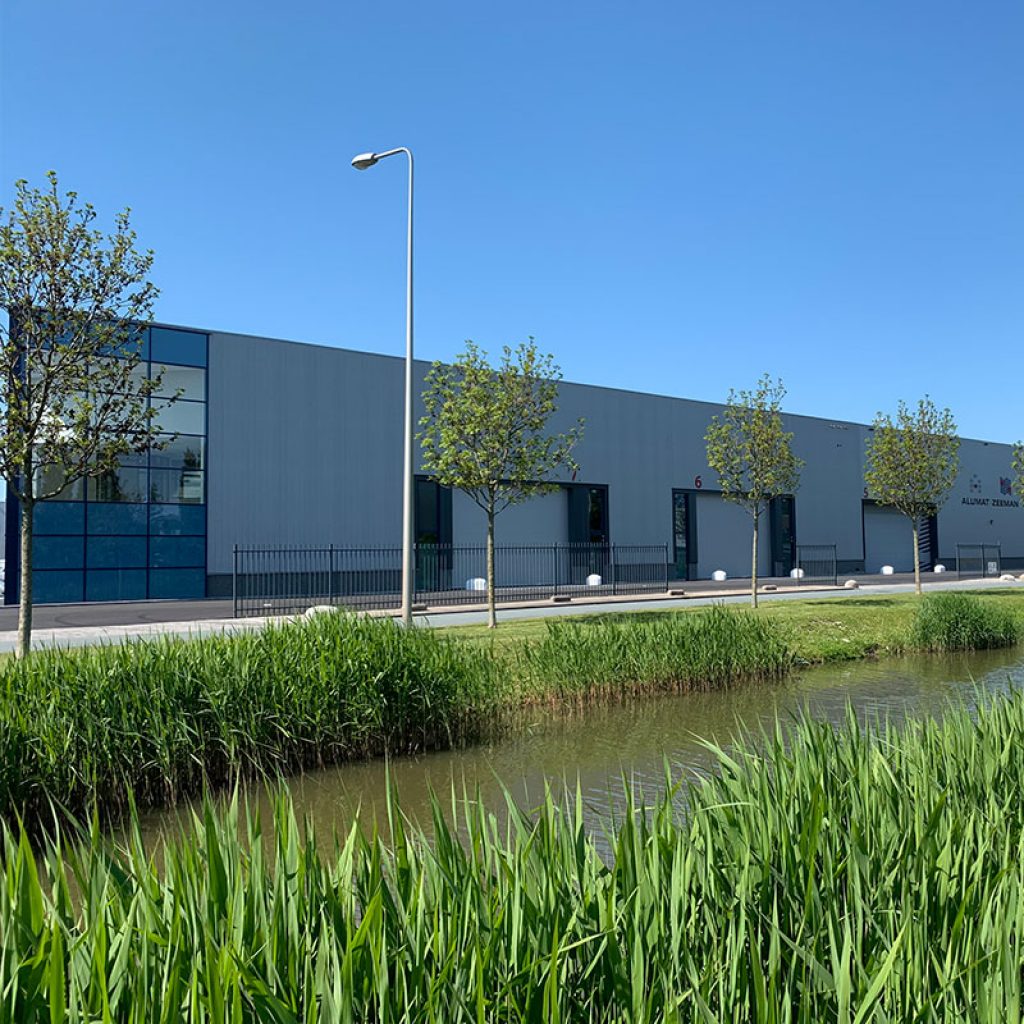 Expedition Alumat Zeeman: the focus is on 2028, in which we aim to make a meaningful contribution to our planet.

The ambitious theme Expedition Alumat Zeeman originated within the context of the company’s 90th anniversary. This concept represents the goals we have set ourselves for 2028 – when our company will have been in existence for an entire century. With Expedition Alumat Zeeman we are about to embark on a voyage of discovery that should bring the world closer to responsible food production. The Dutch horticultural sector is making a huge contribution to solving this challenge. 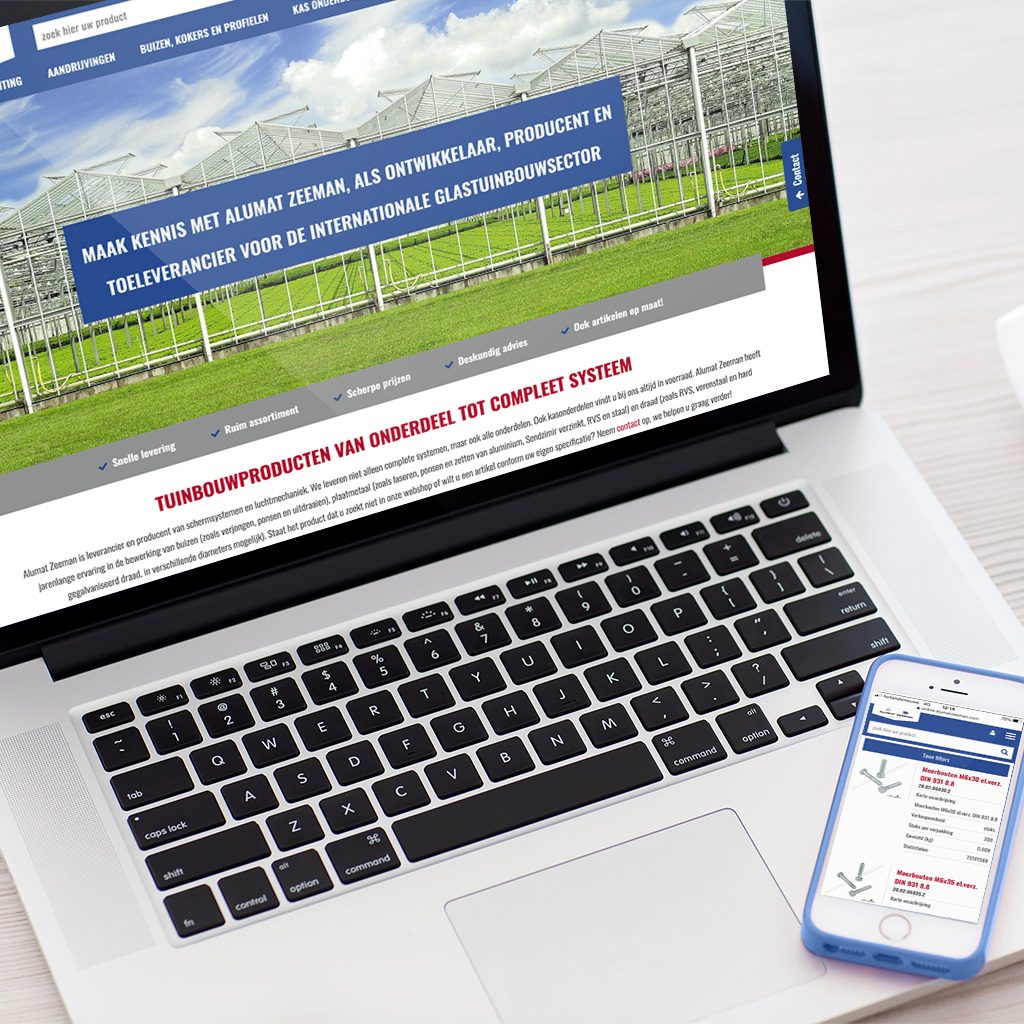 Thanks to our forward-looking vision, much has changed at Alumat Zeeman in 2020.

The new B2B online shop has been launched in response to considerable customer demand. We have invested heavily in automation with a view to optimizing our logistics and other processes in both the warehouse and production department. Our new production halls were also put into operation in 2020. The purchase of energy-efficient machines is helping us take further steps towards an even more sustainable production process. 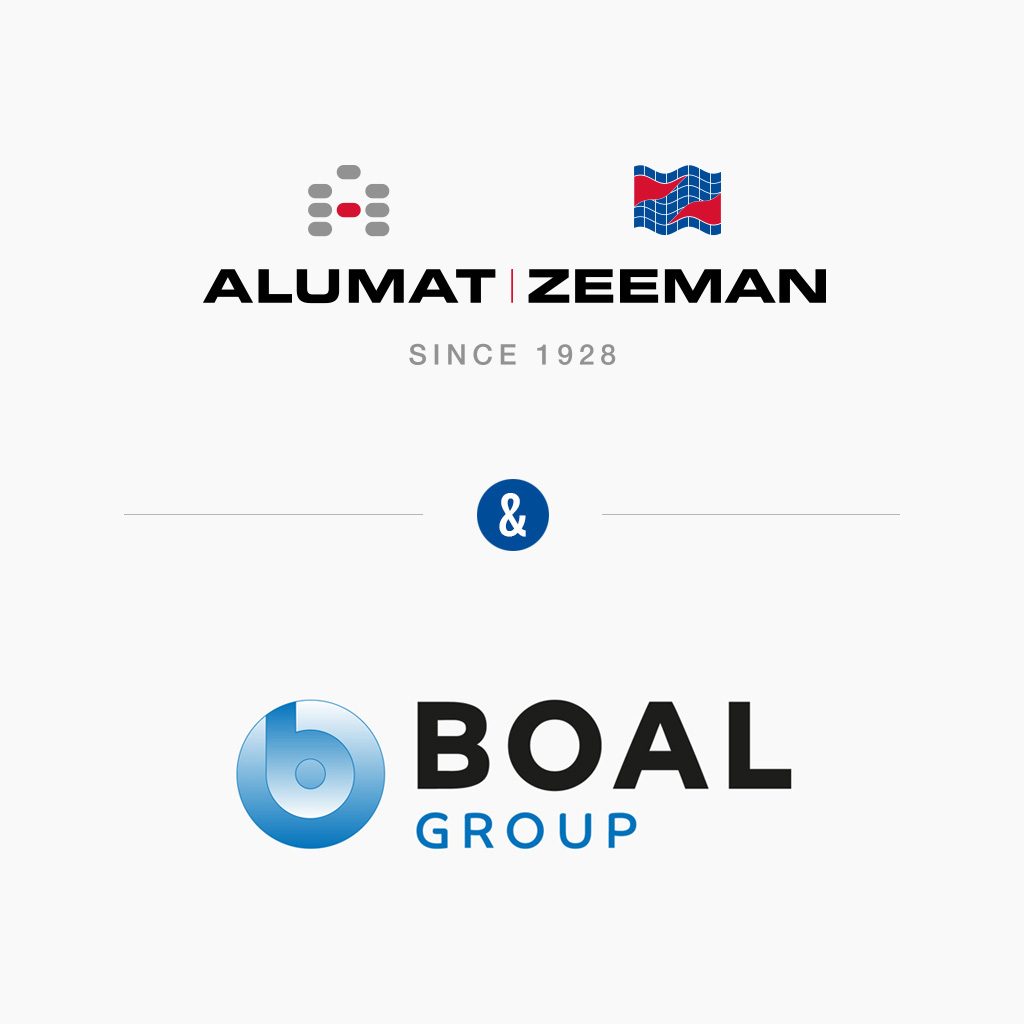 For over 93 years, Alumat Zeeman has been able to adapt to the ever-changing developments of both the market and society. We have also noted an enormous amount of activity on the international horticulture market. The trend of internationalization and economies of scale has been accelerating. This prompted the BOAL Group, together with its strategic partner Equistone, to acquire Alumat Zeeman. As a result, we can now join forces to realize our solid international growth plans even faster and better. 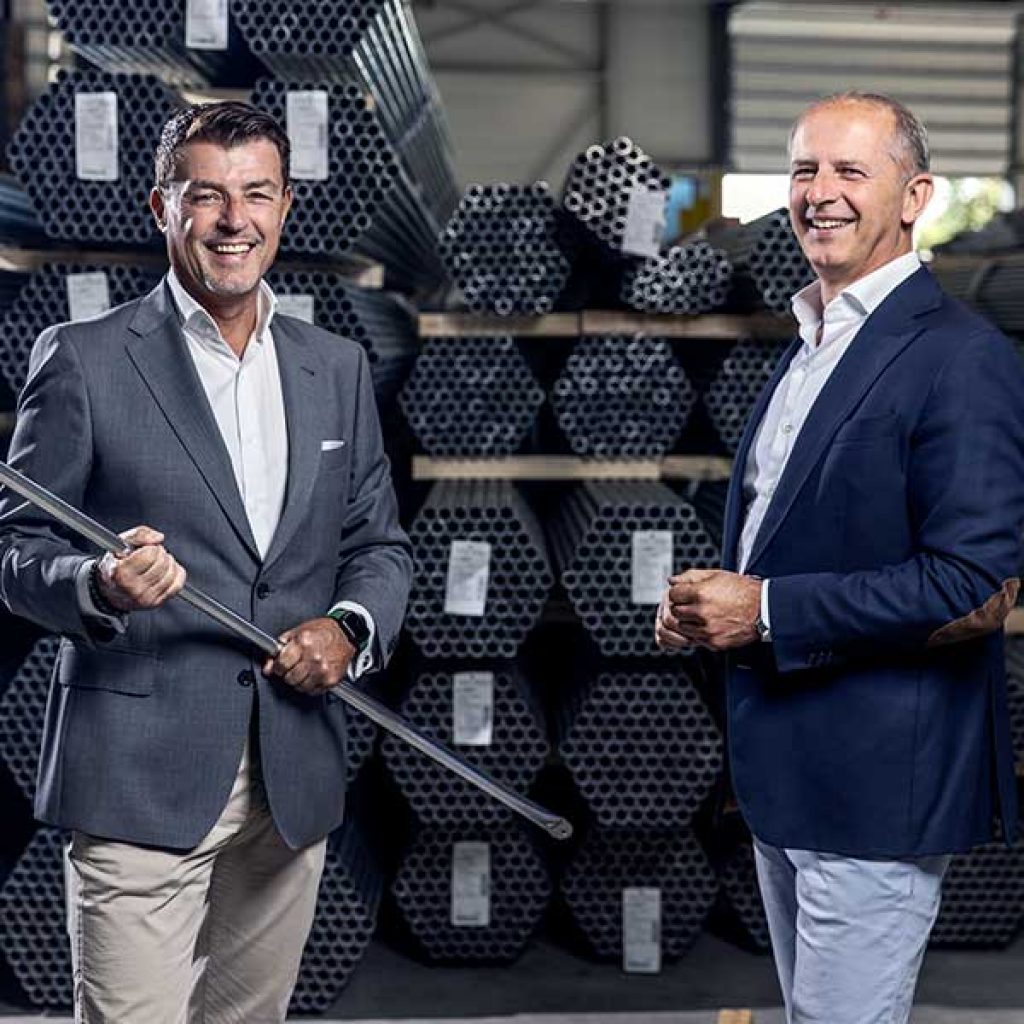 After standing at the helm of his family’s business for 34 years, the time has regretfully come for Hans Zeeman to say goodbye.

This also marks the end of the Zeeman family’s involvement in the company. It goes without saying that Hans is leaving the company in good faith. As part of BOAL Group, the foundation on which Alumat Zeeman was built is more stable than ever. This affiliation also brings synergy and economies of scale with it.

Therefore, Hans can rest assured that the company will continue to thrive – also because he knows that there is a good successor waiting in the wings. This is Michel van de Groenendaal, who enjoys an excellent reputation within BOAL Group. He is currently Managing Director at West.Neder.Land.B.V. (WNL). This company, based in Hook of Holland, is also part of the BOAL Group. WNL is a specialist in ridge-and-furrow roofing systems, sandwich panels, sheet piling and flashing. Michel will be assuming the operational responsibility of Alumat Zeeman in combination with his position at WNL.

After standing at the helm of his family’s business for 34 years, the time has regretfully come for Hans Zeeman to retire. This also marks the end of the Zeeman family’s involvement in the company. It goes without saying that Hans is leaving the company in good faith. As part of the BOAL Group – an affiliation that has also brought the company synergy and considerable economies of scale – the foundation on which Alumat Zeeman was built is more stable than ever before.

Hans can therefore rest assured that the company will continue to thrive – also because he knows
that there is a good successor waiting in the wings. This is Michel van de Groenendaal, who enjoys an excellent reputation within the BOAL Group. Van de Groenendaal has held various positions within the group during the past eleven years, and is currently Managing Director at WestNederland in Hook of Holland. Also part of the BOAL Group, WestNederland is active in greenhouse construction and supplies roof and façade systems for stand-alone production halls, among others. Van de Groenendaal will be assuming the operational responsibility of Alumat Zeeman in combination with his position at WestNederland. 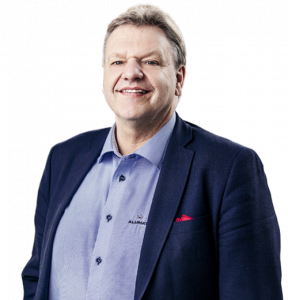 WHERE TO MEET US

You can only pay by debit card at our warehouse.

Type your query here and press enter. Are you looking for our greenhouse construction parts? Visit our B2B web shop via the button below.